I am only going to touch on the work of Philip-Lorca diCorcia.

Having viewed some of his images online, I was struck by the similarity to the America photographer, Gregory Crewdson,((https://www.google.com/search? ( accessed 12/10/2019))  His work is also constructed along the same lines although Crewdson creates much larger scenes. Both photographers carefully construct the images and attention to detail in the lighting is one of the key factors in both photographers work and style. However, Crewdson uses cinematic lighting to make his images. Some of Corcia work has been described as witnessing a fleeting moment with an eerie sense of stillness, ((https://www.moma.org/artists/7027?=undefined&page=&direction=) accessed 12/10/2019)) Crewdson’s work as a lot of silence and eerieness in his images. When I viewed the images of Corcia, Crewdson, came to mind almost at the same instant as the viewing. 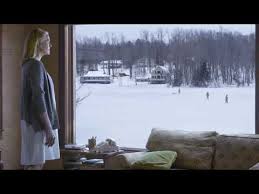 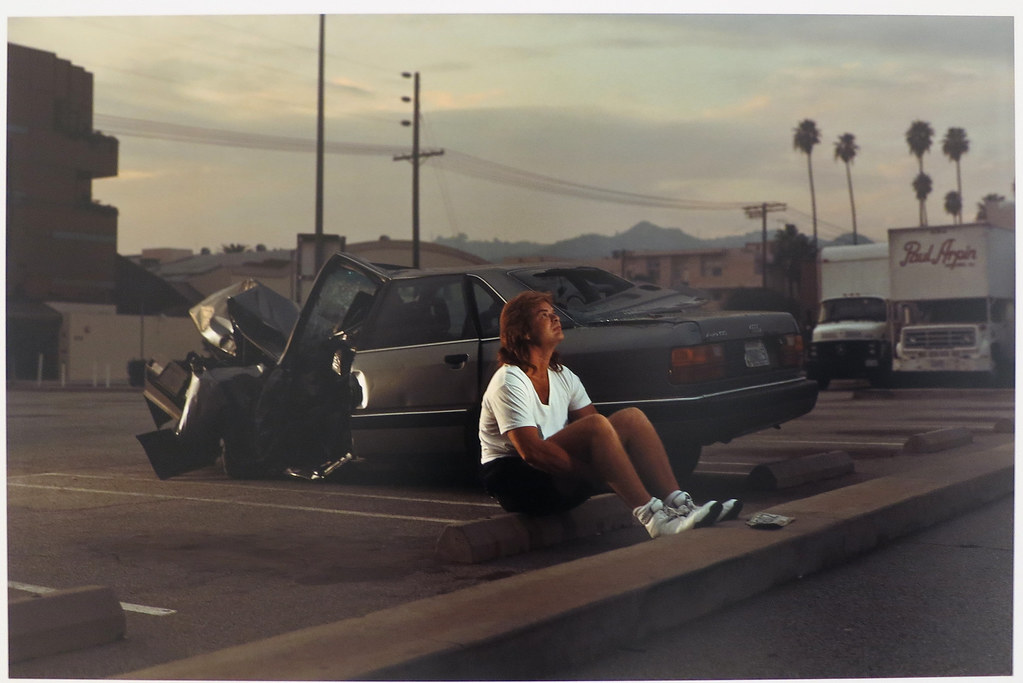 I can’t really comment on the work of Knorr’s, but the work I have seen so far seems a little gimmicky. From the few shots, I have seen on the site below, I am finding it hard to discover what she is trying to say.

Paul Seawright’s work as a different approach to what we would call the norm when photographing Africa, the starving children the orphanages run by nuns and warring tribes are gone.

Now we have people that have moved from the countryside into the city’s looking for a better way of life, but the influx of people is on a vast scale, so vast shantytowns have built upon the outskirts of the city’s that threaten the political stability the ruling body’s

The infrastructure of the towns is struggling to cope. The picture above shows a man in a shop that looks like a print shop.

My interpretation of what is going on in the shot is this, he is having a rest in the midday heat he can’t afford to go home and rest because he could miss a customer. There is no evidence it would be better at home, so he waits for that customer that are few and far between, he is struggling in his business

I say this because the paint is peeling on the walls he buys the paper to print on in small batches. The lethargic presentation of the shop shows that he has little interest. The small amount of money he makes from the shop is bearly enough to feed him, let alone his family.

Paul Seawright’s work is showing a city struggling to come to terms with the influx of people. I think the Shot above is a representation of the African cities as a whole; it is how I imagined it to be before I viewed the shots. People living on the edge using their wits to survive. There must be the other side of the coin to this work the rich or people that have a lot more than the rest. “Petersen was born on 3 May 1944 in Solna, Sweden. He studied photography under Christer Strömholm in Sweden from 1966[1] to 1967. He is noted for his intimate and personal documentary-style black-and-white photographs.[1]

For three years beginning in 1967, he photographed the late-night regulars (prostitutes, transvestites, drunks, lovers and drug addicts) in Café Lehmitz, a bar in Hamburg, Germany. The resulting photobook was first published in 1978 by Schirmer/Mosel in Germany. Café Lehmitz has since become regarded as a seminal book in the history of European photography.[2] One of the photographs from this series was used as the cover art for Tom Waits‘ album Rain Dogs.[3]

Petersen’s first book Gröna Lund (Green Grove), which was published in 1973, is set in the amusement park of Gröna Lund situated on an island.

In 1970 Petersen co-founded SAFRA, the Stockholm group of photographers, with Kenneth Gustavsson. At the same time, he taught at Christer Strömholm’s school. He has been director of the Göteborg School of Photography and Film.[4] He began to photograph for magazines and continued his personal photo diary work, which continues to this day. He has photographed for extensive periods of time in prisons, mental asylums, and elderly care homes.” (https://en.wikipedia.org/wiki/Anders_Petersen_(photographer)) (accssed30/10/17) 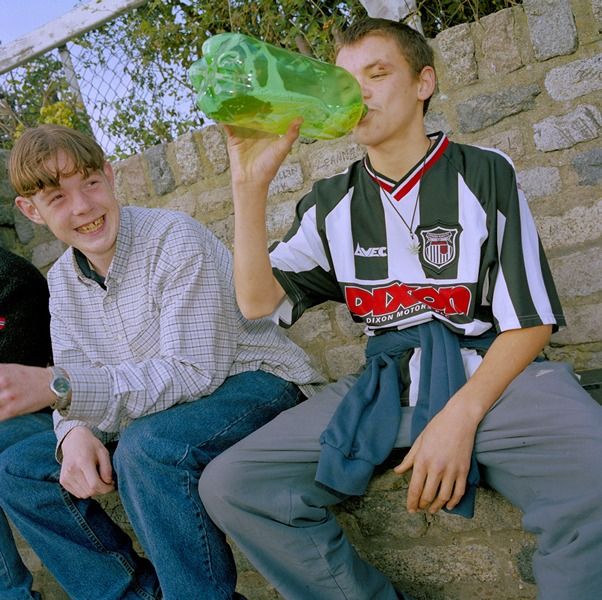 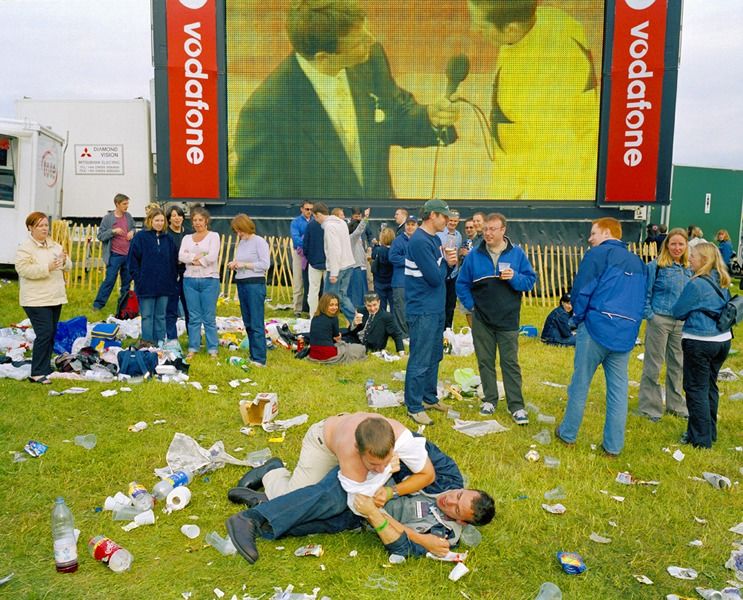 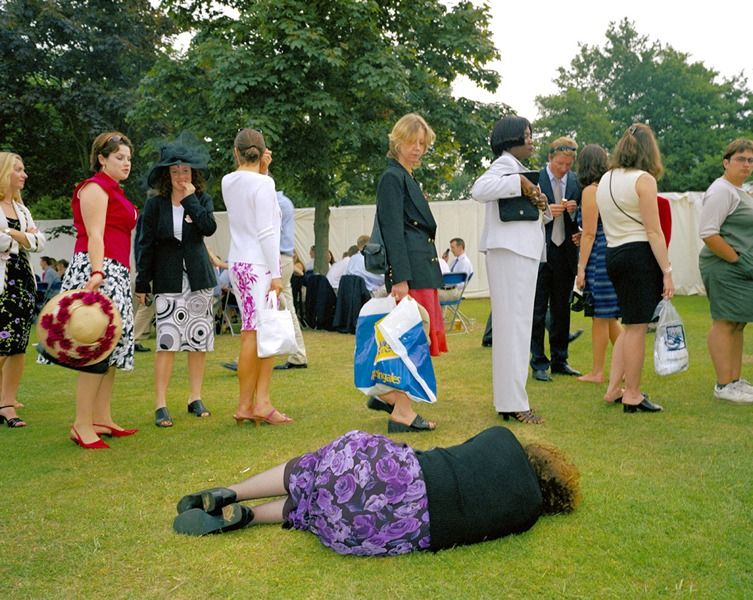 I have been studying the work of Leibovitz by watching documentaries on youtube. She has given her life to photography, in the seventy’s going on tour with the Rolling Stones. She was offered an exhibition at the International centre of photography and is the only living photographer to have been given that one except Ervin Penn. She moved on to Vanity fair in the eighty’s, and her portraits of John Lennon and the nude pregnant Demi Moor have been described as Icons of our time Portraits have helped define the look of American popular culture over the last twenty years.

When she was asked to go on tour as the Roling Stones photographer, she stayed for the full tour after a while she couldn’t take any more images the group so she turned her attention to the audience and in some ways, these are the most powerful.

John Lennon was shot just a few hours after this Image was taken. In the 1930 Bill Brant travelled to the north of England to photograph the workers, working and living in poor conditions. The photographs are today still celebrated by up and coming photographers and students. Below is one of Brant’s most celebrated Photographs. The miner having his tea with his wife looking on, still dirty from the pit, showing the poor conditions that they lived in at the time. The miner looks very tired, and his wife looks ready for bed as well, but this image was set up Brant thought of himself as an artist and wanted to show the conditions in the most realistic way, this is what he as done.

My Idea for assignment is freedom and indirectly is linked to my study visit it occurred to me that we are pretty free in this country, and the people are free to say and do what they want without causing too much controversy obviously there are some limitations, but on the whole, we are pretty free.

Wallace, work taking a random shot of the rich and famous, in the hope to show how obnoxious they can be, is a little controversial and not honest as everybody would be a little taken back if a camera was flashed in your face without much warning. Some of the shots don’t seem to be of rich people the older couple are on a bus. Wallace was free to do this work without much trouble. 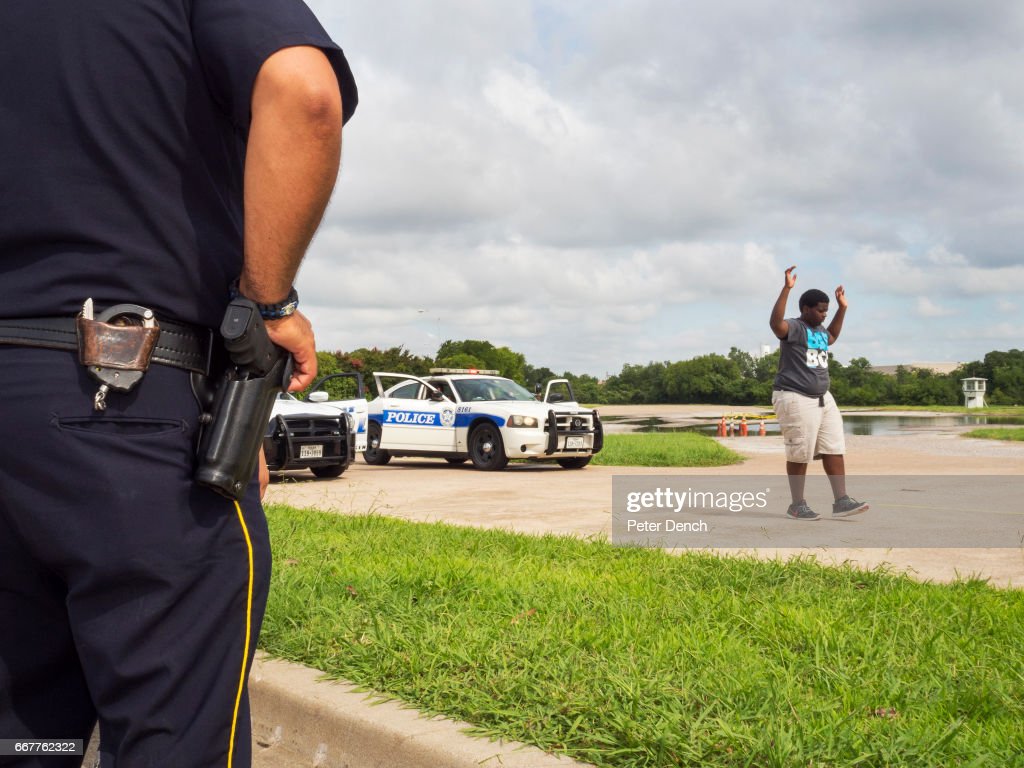 The work showed Dallas as being stuck in the 1960 or 70 some Images even as far back as 1950 probably because the work was made in America the work reminded me of the work of Robert Frank the Americans a colour version. In America, you are free to do most things without any worry of recourse. Freedom is something we take for granted and is what we fight for on a daily basis. The gun laws in America are something that is controversial but is part of the constitution, so Americans are free to carry guns, I think some states are stricter than others. On a personal level, I can see both sides of the argument, on the one hand, no one should be able to tell someone else what he can or can’t do. The governments are two-faced and untrustworthy so from that point of view I can see that owning a gun would give an individual some sort of self-determination a sense of freedom that if it came down to it, he could stand up for what he believed in even if futile. The other side of the coin is the people that don’t believe individuals should be allowed a gun just in case they lose the plot and go on a shooting spree, or shoot their Wife in a fit of temper. It all boils down to control by whatever powers that be. As long as there is any sort of control, we can never be truly free. Nothing should be against the law unless it is harmful to one’s self,  to others, or the planet.

The film was about mother and daughter and the interaction they had with each other. The daughter is an artist and a carer for her mother; she has help from a couple of the locals. She shows in the film that she cares very deeply for her mother, but she also needs to make a living and as a successful artist needs to travel presumably to show her work. The interaction between her and her Mother is very respectful; she includes her mother in the decision-making process and gets advice on what to wear. At the end of the film, we find out that there are two articles in the house as her mother is an artist as well.

Some pictures of her work below.

The Most Dangerous Disease an exhibition by the peace library and Antiwar museum of the Protestant Church of Berlin Brandenburg.

My Interpretation of some of Jeff Wall explanations of some of his work these notes are made from the note’s taken when viewing the site below.

Some of the Images are just everyday things that happen, I record something that happens or a non-occurrence, these things only happen because photography is happening.

My pictures are like snapshots or relate to that. What I think his meaning by this is that unlike a street photographer that sees something developing and takes the images, Wall, sees it but doesn’t take the picture, i.e. a snapshot He remembers what he as seen and then recreates it giving him full control over every aspect of the image.

The making process is what I like doing the way it looks changes, as I go along the weather, changes the light changes and so on it becomes something else. I make pictures that I like. They all relate to the snapshot made to look like candid shots.

If you use people you need to work fast, I am not keen on that.

I use people when I direct them watching for things to happen to make the overpass Image was a made picture, but it also resembles a candid view all of my work resembles candid photos.

Wall, calls the way he works Cinema Photography. The shot above is made in the studio it is a set a replica of the club he wanted to shoot but it wasn’t practical, so he made a set.

Some Times he will do work that is a remake of some other are work he calls these accidents of reading or accidents of life. The overpass was an accident of life he did see people walking over the overpass liked what he saw and recreated it as a snapshot.

Reading can set off an idea for an Image an accident of reading. If it feels right to your feelings you like It or love it and it creates feeling, then that is art.

Pictures can’t tell stories because they are; still, they step away from time, they can suggest a narrative, but it’s you that is writing it in your mind.

Her work is related to if not directly to the slavery of the past and how that History as connotations now in the future The work at the Tate Modern shows how news story’s even if positive stories are shown with a negative twist when relating to Black people. I know we should learn from and remember the past, and I don’t want to put a negative twist on her work, and perhaps I am missing the point, but I think its a bit old hat. A sore won’t heal if you keep picking at it. White people were slaves to. 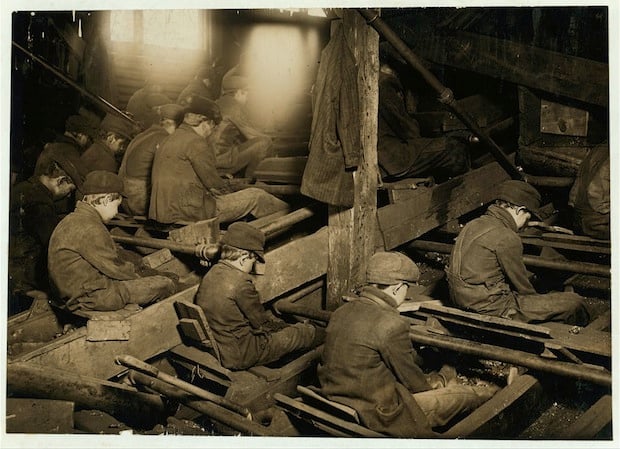 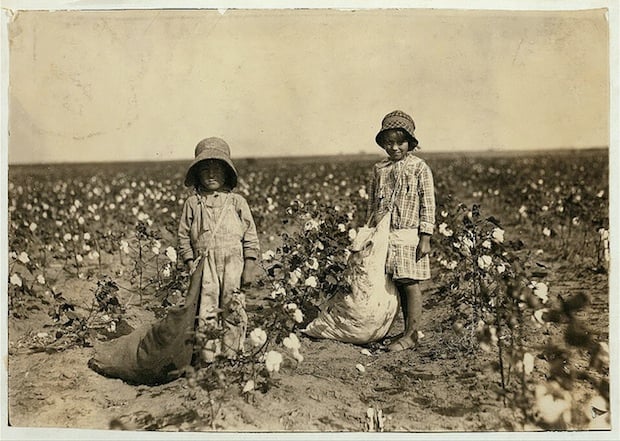 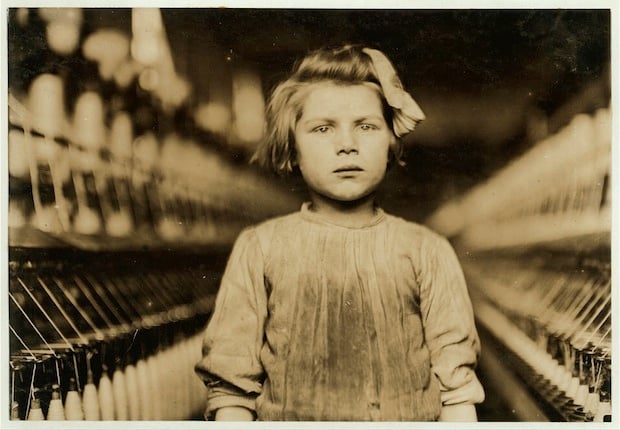 Study Visit on my own The Lowry Center